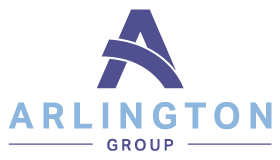 Richard is a special adviser to the board of Arlington Group Asset Management Limited and head of the advisory committee. He was previously the senior resource fund manager at CQS Asset Management Ltd having merged his New City Investment Management group with CQS in 2007. Prior to that, he was a senior fund manager at Invesco and a partner at Hoare Govett with responsibility for the mining department. He has held fund management positions at City Merchants High Yield Trust Plc, New City High Yield Fund Limited, City Natural Resources High Yield Trust plc and Geiger Counter Ltd. Richard has extensive experience in the financial securities markets in the United Kingdom, Australia, and South Africa and a number of his previous funds have achieved long term, top quartile ranked performance.

Andrew is the chief executive officer of APAC Resources Limited an established natural resources investment and commodities business company listed on the Hong Kong Stock Exchange. Prior to APAC Andrew co-founded New City Investment Managers in the United Kingdom. He has a proven track record in fund management and was the former co-fund manager of City Natural Resources High Yield Trust, which was awarded "Best UK Investment Trust" in 2006. In addition, he managed New City High Yield Trust Ltd. and Geiger Counter Ltd. He worked for New City Investment Managers CQS Hong Kong, a financial institution providing investment management services to a variety of investors. He has 20 years of experience in the finance industry specialising in global natural resources and has also worked as a mining engineer.

Cedric is the founder and sole director of CED Capital Ltd, an appointed representative of Arlington. CED Capital specialises in helping small and medium size natural resources businesses achieve their funding requirements and has been involved in raising over $1bn for a variety of mining and oil & gas companies since its incorporation in 2011. Cedric has also worked as a consultant to Hannam & Partners and assisted them with their $360m capital raising for Ilmenite producer Kenmare Resources in 2016. He also worked for Norwegian investment bank Pareto Securities. At Pareto Cedric was instrumental in the bank's $600m capital raising for Lundin Mining in 2015. Prior to the incorporation of CED Capital in 2011 Cedric held senior sales roles at Arlington, Hanson Capital, Lord Hanson's family office, HSBC Investment bank and T.Hoare & Company. Cedric was previously an Executive Director for AIM quoted Hidefield Gold.

He has 25 years' experience in the finance industry focusing on global natural resources.

Neil is the chief executive officer of Duke Royalty Limited the first UK quoted diversified royalty investment company. He as over 20 years of experience in investment banking, merchant banking, and research analysis in both the Canadian and UK capital markets. In 2012 he co-founded and became Chief Executive Officer of Difference Capital Financial, a Canadian publicly listed merchant bank. For the previous 19 years he worked for Canaccord Genuity, first in Canada and later at Canaccord London rising to the positions of Head of Corporate Finance (Europe), Global Head of Technology, and a member of the Global Executive Committee. Mr. Johnson was instrumental in the firm becoming authorised as a nominated adviser for AIM and regulated in the UK and London Stock Exchange Main Market listings; he spearheaded the firm's diversification into the technology industry, and led Canaccord's initiative to attract North American firms to list in London. During his tenure the Canaccord European operation grew revenues from less than £5 million to over £50 million, completed over 100 transactions and raised in excess of £3 billion for North American companies listed in London.

Neil is a graduate of the Richard Ivey School of Business at the University of Western Ontario and holds the designation of Chartered Financial Analyst Charterholder.

Peter has has extensive global experience in the funds management industry, both public and private companies in developed and emerging economies. He was co-founder, director and deputy chairman of IMS Selection Management Ltd which had $10 billion under management or advice from 1998-2008. Following the sale of IMS to BNP Paribas in 2008, he was deputy chairman of FundQuest UK Ltd, FundQuest had $35 billion of assets under management globally from 2008-2010. Peter was previously a Director and Chairman of ASX listed Brazilian Metals Group Limited, LSE listed Advance Developing Markets Fund and TSX listed NEO Material Technologies Inc. He is currently a non-executive director of ASX listed, W. Australia gold producer Northern Star Resources Limited.

Peter holds a MA in Economics and Political Science and is a Barrister-at-law.